Don’t Get Initiated Into the Club of Club Drug Users 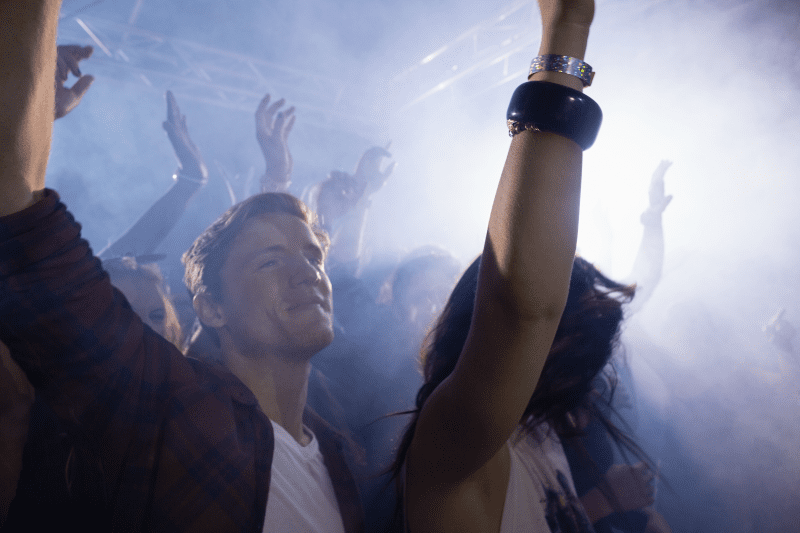 Part of the fun of being in a club is knowing all the inside jokes and traditions that set your group apart from others. In general, these sorts of things are harmless and intended to build a spirit of community.

But sometimes clubs have traditions that are dangerous. For some people, the desire to be on the inside—to be one of the gang—overrides their good sense and leads them down paths they would ordinarily avoid.
Take, for example, the various drugs that are often lumped together under the name “club drugs.” You probably know that taking drugs is a bad idea. But you really want to be part of the group, and the group takes drugs when they go out to party. Is it that big of a deal?

A Look at Club Drug Membership

So what drugs are counted among the “club drugs” anyway? Generally speaking, a club drug is any drug intended to make a good experience even better. The name comes from the notion that you might take the drugs when you head out to the club to make your night of partying even more special and intense. Because they are associated with having a good time, it can be all too easy to forget just how dangerous club drugs can be.

Obviously, the catchier street names of the drugs—spice, Special K, ecstasy—are intended to reinforce the idea that taking them is just about having fun. But while these drugs may lead to exciting, pleasurable experiences in the short term, they can have devastating long-term consequences.

The Threefold Dangers of Club Drugs

When it comes to club drugs, it can be useful to think of three different (but related) ways they can cause harm. Those three ways are:

Let’s look at these dangers one at a time.

Under the influence of a club drug, you might experience feelings of euphoria. You might also hallucinate or feel disconnected from reality. In that state, you might find yourself making decisions you would not ordinarily make. These could range from driving when you are in no condition to do so to engaging in risky sexual behaviors, among many others. Some of the potential consequences of these sorts of behavior—having an accident in which someone is hurt or killed, becoming pregnant or exposing yourself to HIV, etc.—are life-changing.

As you build up a tolerance to your club drug of choice, you will have to take more and more of it to achieve the same high you used to get from smaller amounts. Meanwhile, the drug has increasingly negative impacts on your body and brain—and some of the damage may be long-term or even permanent.

When you decide you simply have to stop taking the drugs, you will have to deal with withdrawal symptoms that may include (but are certainly not limited to) intense cravings for the drug, paranoia, and crushing depression that can even lead to suicidal thoughts or actual suicide attempts.

In short, you can start to feel like you are in a trap from which it is impossible to escape. It’s a terrible place to find yourself. But the good news is that you can get the help you need at a fully accredited residential treatment facility like French Creek Recovery Center.

Become a Member of the Recovery Club

French Creek Recovery Center offers you a way out of the trap that seems to allow only ongoing drug use or terrible withdrawal symptoms. The first step is medically supervised detoxification that will help you through the rigors of withdrawal so that you can start with a clean slate.

Detox is followed by rehabilitation, a process that involves personal and group therapy. In rehab, we can also address any co-occurring mental health disorders that may be connected to your substance use. Good mental health supports ongoing sobriety, so tackling the two together in rehab can help build a strong foundation for your recovery.

The next step is returning to daily life and maintaining your hard-on sobriety. Our commitment to a continuum of care ensures you will have the support you need.

For more information about French Creek Recovery Center, Pennsylvania drug and alcohol rehab, contact us at (814) 636-6777. We look forward to hearing from you.